We're excited to finally take the wraps off of the new version of Flipside Studio, which includes a number of major improvements and new features.

How it works is you record your characters with just your VR headset and controllers, and Flipside Studio exports the full-body character movements. If you have Vive Trackers, you can also do full-body motion capture! 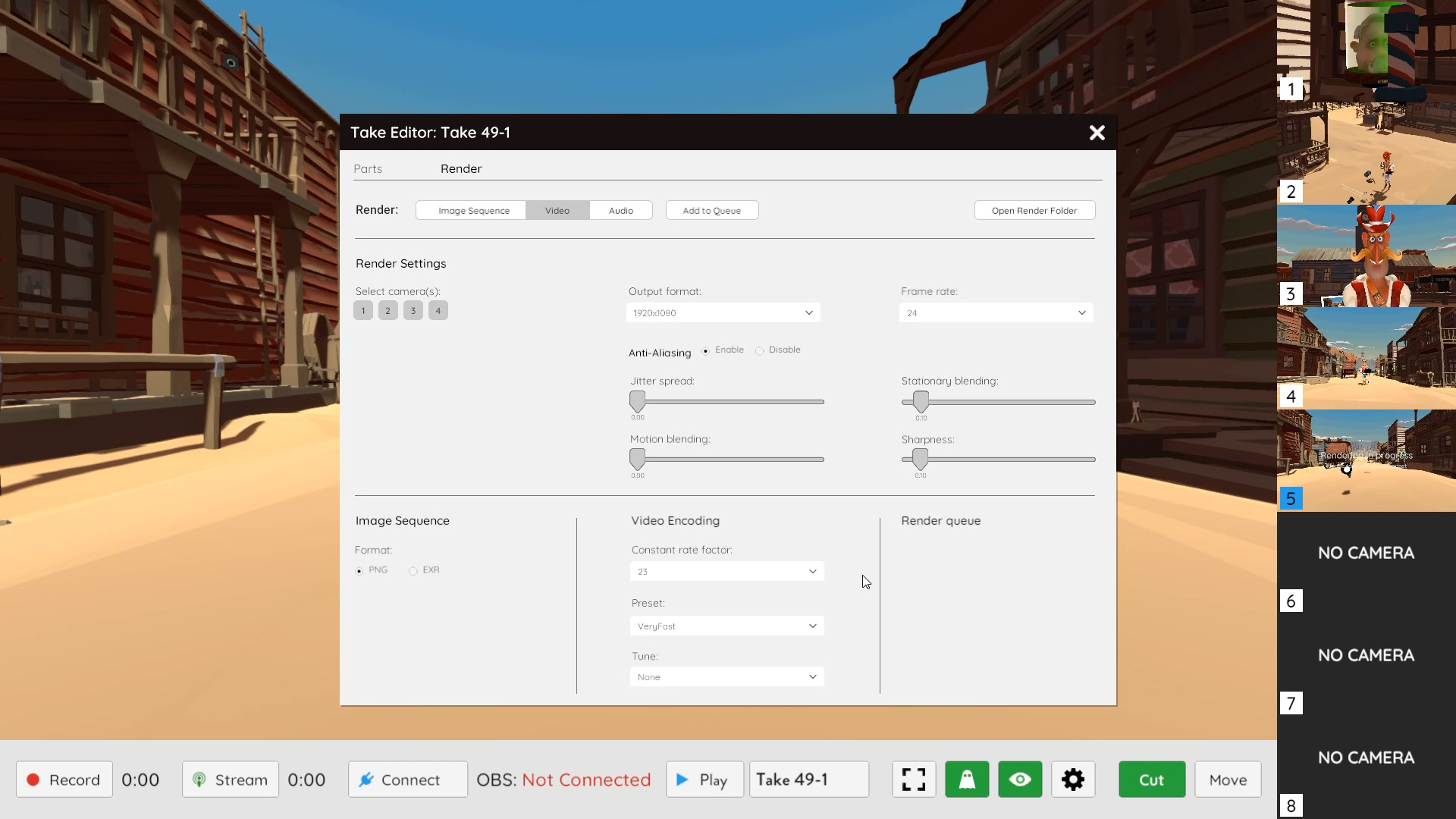 Note: The video renderer is a paid feature.

Retargeting is the process of converting an actor's movement to the shape and dimensions of the character. Flipside Studio's retargeting system was rewritten from scratch for 2021.1 and the result is a massive improvement to the way characters move.

The new retargeting system should be applied automatically, but if your character's movements feel off, you may need to recalibrate to fix it.

We've added a new feature we call stand-ins which adds the ability to freeze your character poses so they can be used as stand-in references when setting up your shots, and as actor marks during your shoot. Point your teleporter at a stand-in and your teleporter will lock onto it. Teleport into it and you'll automatically teleport to your mark for the shoot and change into the right character too if you weren't already.

And just like Flipside's current actor mark props, you can move them to adjust their positions or remove them individually by grabbing them in Set Builder mode.

While this feature is experimental, you'll find it on the underside of the Characters palette under the Stand-Ins heading. Press the Pose button and you'll be given a 3-second countdown. At the end of the countdown, a stand-in will appear for each user who's in character at the time.

In addition to the new BVH to Unity animation converter that works alongside the new motion capture data export feature of Flipside Studio, we've also added the following new features to the Flipside Creator Tools:

FaceMirror lets you animate faces on anything

This release introduces a new FaceMirror component that lets you animate faces on non-character objects in sets, such as props or otherwise inanimate objects.

We've included an example scene under FlipsideCreatorTools/Examples/Example-FaceMirror where you can see how it works and how it's setup. Just attach a FaceMirror to any object, then attach additional FacialExpressionReference components to power the elements of the disembodied face.

FaceMirror-powered faces work over multiplayer in Flipside Studio and can be recorded and played back complete with recorded voices.

You can now publish your custom characters and sets to Flipside Studio directly in Unity through a unified "Build & Publish" button in the Flipside Creator Tools window. This helps reduce iteration time and eliminates the need to hunt down your bundle files or open a separate browser window, enabling one-click publishing. Just reload the character or set in Flipside Studio to see your changes instantly in VR.