FaceMirror lets you animate faces on non-character elements in a set, such as props or even inanimate objects. 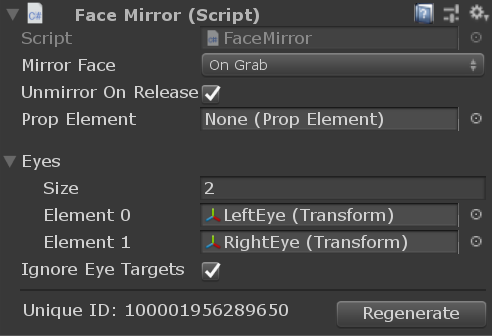 Once you've added a FaceMirror component, to set up the face mapping, add one or more FacialExpressionReference components on the same game object and configure those the same way as mapping facial expressions works on regular characters.