This tutorial is going to walk through setting up a flashlight prop that turns on/off when you grab it and press the trigger.

We will be using three components to do this:

For the first step, we're going to create a basic Flipside set where our prop will live.

Go to File > New Scene or press Ctrl+N in Unity to create a new blank scene.

Next, go to GameObject > 3D Object > Plane to create a floor for your set. When you do, Unity may not place it at (0,0,0) so take a look at the Transform component in the Inspector window and make sure the position values are all set to 0.

Now go to File > Save or press Ctrl+S to save your scene.

Lastly, go to Flipside Creator Tools > Create Set From Current Scene. You should now have a scene that looks like this and is all set up for bundling and uploading. 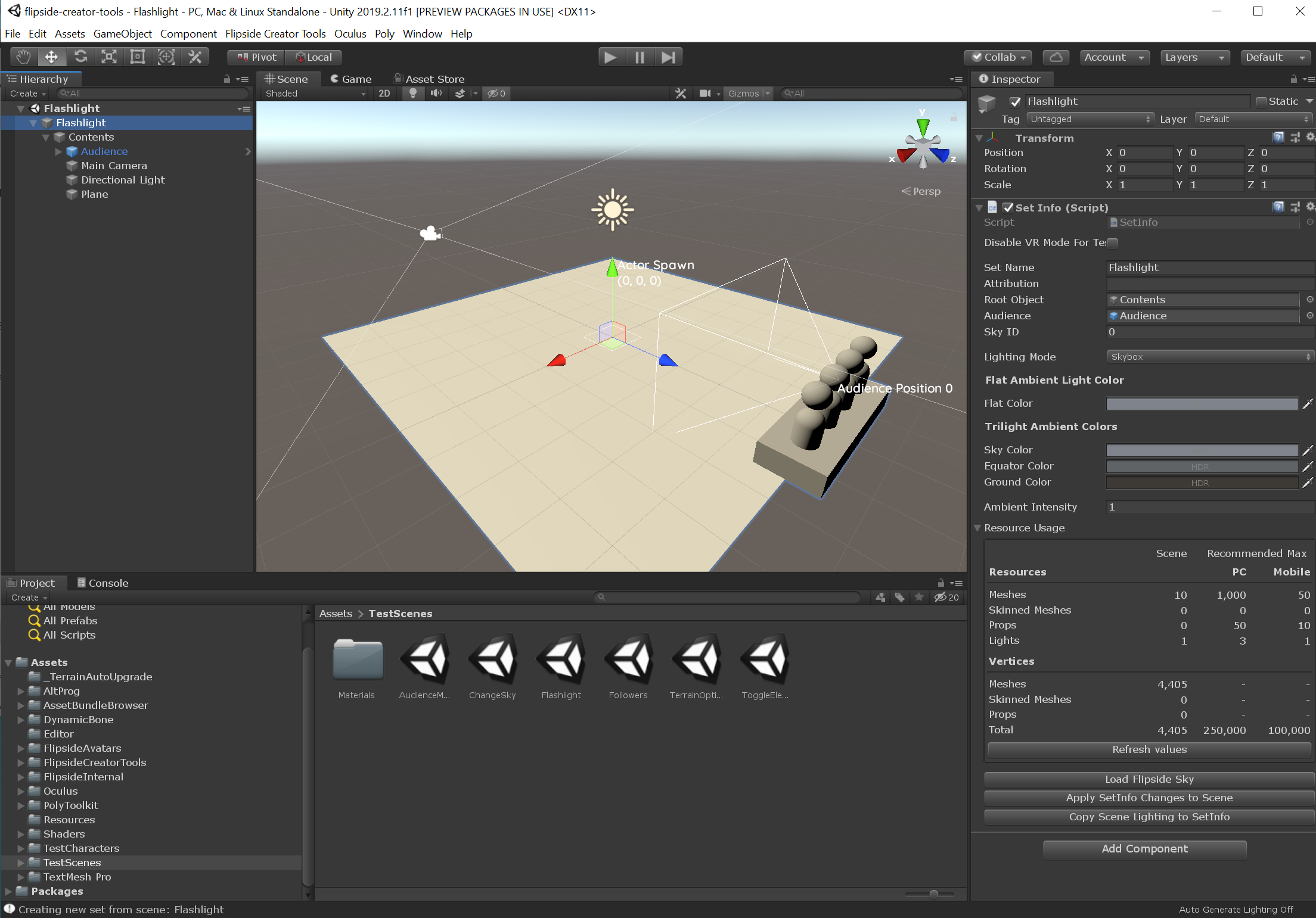 For fun, I also like to change the sky of the set. Click on the root object of the set and on the SetInfo component in the Inspector window, set the Sky ID to 3. This will load a slightly cartoony night sky when you press play or load the set in Flipside Studio.

Go to GameObject > 3D Object > Cylinder to create the basic shape of our flashlight. Drag it under Flashlight / Contents in your scene hierarchy, which is where all of your set elements should be kept as a general rule.

Select the cylinder object in the hierarchy, and make the following settings changes in the Inspector window:

Select the light object in the hierarchy, and make the following settings changes in the Inspector window:

With your flashlight prop still selected, scroll to the bottom of the Inspector window and click Add Component.

You may notice when you added the PropElement component it also adds a NavMeshModifier component. This tells Unity to leave props out of the list of objects you can teleport onto.

If you press play in the editor, you should be able to hop into VR and grab your flashlight with a controller now.

Next, add a ToggleElement component to the flashlight prop as well. We're going to use this to turn the light on and off when the trigger is pressed.

You could make a flashlight that works without the ToggleElement, but you would have to connect the on/off to grabbing or holding the trigger down while the light is on, which can be tiring. This also lets us show you an example of connecting components together to build more complex interactions.

Under the PropElement's OnUseButtonDown event, click the + to create a slot for an event handler, then drag the ToggleElement component into the empty slot. Then choose ToggleElement > ToggleState().

Now the prop is connected to the toggle, and we're ready to configure the ToggleElement and connect it to the light.

On the ToggleElement component, change the Trigger For setting to Objects which is a trick to stop the toggle from listening for collider events on the same object that it's on. Objects means to only trigger automatically if an object in the Object List setting enters it. So if we leave the list empty, it will never fire on its own.

Further down on the ToggleElement, click the + under both the OnActivated and OnDeactivated events, then drag the spotlight object from the Hierarchy into each of the newly-created empty slots.

For both events, click on the dropdown that says No Function and choose GameObject > SetActive (bool).

If everything is setup correctly, you should be able to press play in Unity and use your new flashlight. Grab it with a controller and press the trigger to toggle the flashlight on and off again. 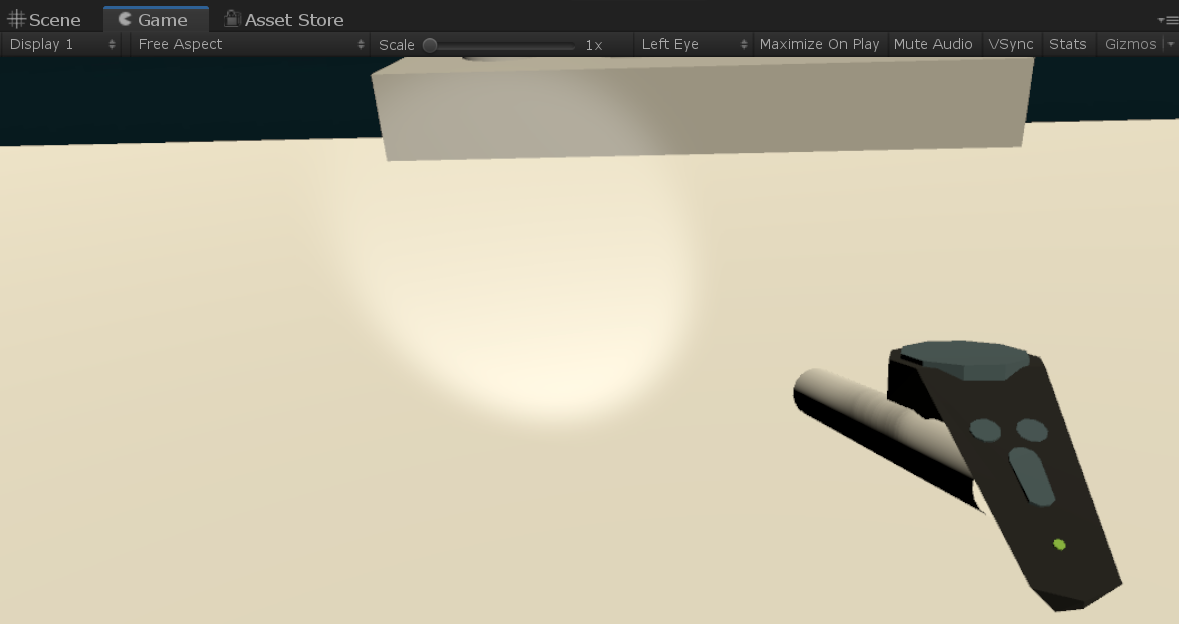 Next: Building interactions with a scoring system