Stand-up comedian Jordan has found a way to add value to companies and engage workers, while developing his own skill sets, thanks to virtual technology.

We sat down in Flipside Studio as avatars in a virtual setting to interview Jordan to find out how Flipside Studio has helped him move to the next phase of his career and entertain more corporate client audiences where he isn’t limited to location.

“I'm a standup comedian who started doing that (comedy) about nine years ago,” says Jordan.

Jordan isn’t new to utilizing Flipside Studio, as he’s worked on some prior collaborations.

“I started using Flipside when you (Flipside) reached out to me through some mutual friends about getting involved with Flipside in the Bay Area. You were doing a thing down there and we had a link up and worked on a show together; Earth From Up Here. That was a lot of fun. Since then, we've made a couple of other projects together and worked on some creative collaborations a number of times using Flipside.”

During the pandemic, Jordan witnessed comedians going online. He found a way that he could carve out his own niche in the virtual comedy space. Jordan created a comedy club set design that looks and feels just like a regular club, except it’s online.

“I've been running a little business for myself where I do…remote virtual holiday parties and comedy shows in this set. This is my comedy club that I continue to add to and improve as time goes on.”

“I saw an opportunity to not only put myself into a Zoom meeting with this being my camera's input, you know, the output of a Flipside, but also kind of getting out of self-produced shows and booking myself as a corporate entertainment.” 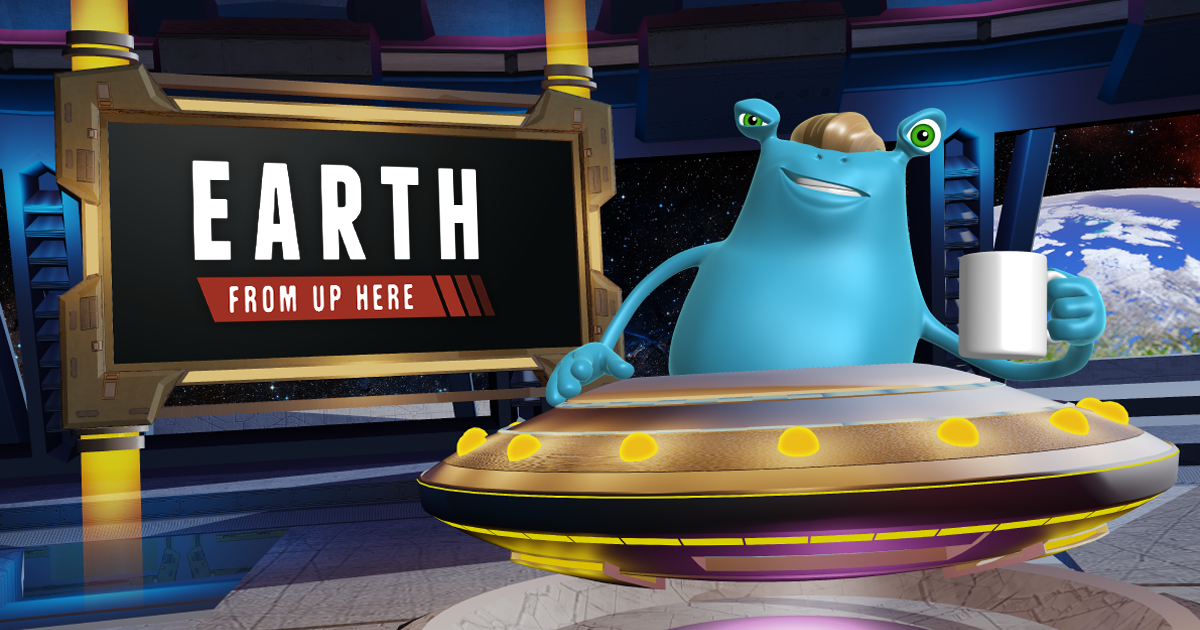 2. Tell me about challenges you've faced as an immersive performer.

“Some of the stuff that I do on stage in my virtual club, I would be able to do in real life, but it would take so much more planning and infrastructure.”

This has given Jordan an advantage in his field as he provides a unique and layered experience for his corporate clients and their employees. Using Flipside Studio, Jordan is able to live-stream to all of his clients’ employees, reacting and adapting in real-time to their feedback and needs, and providing a show tailored specifically to the client.

“I think a lot of people aren't embracing the fact that you have a lot more to do in here than is readily available to you in a very tough market. I feel like I'm positioned really well to make a new start for comedy in the Metaverse or, you know, whatever we want to call it.”

3. How does Flipside help your show?

“This is a tool that I have right at my fingertips as I'm showing people what I want them to see.”

Jordan is more than a comedian. Utilizing Flipside Studio, he’s learned that he’s fully in control of the experience.

“It's essentially a different skill set than just being a comic. It's also being a producer in the same moment. You're editing your own content in real-time and you're the director. You get to choose what the audience sees.”

Utilizing Flipside Studio, Jordan is bringing the joy back to online meetings and bringing people together. He understands why corporate clients are connecting online for bonding opportunities, although he understands it may be a bit unusual for employees.

“Sometimes maybe some people are like, ‘wow, that was really weird. I can't believe we just got paid to watch a cartoon.’”

“Nobody really wants to be in a Zoom meeting anymore, but I feel like this particular tool for me has made it more enjoyable.” 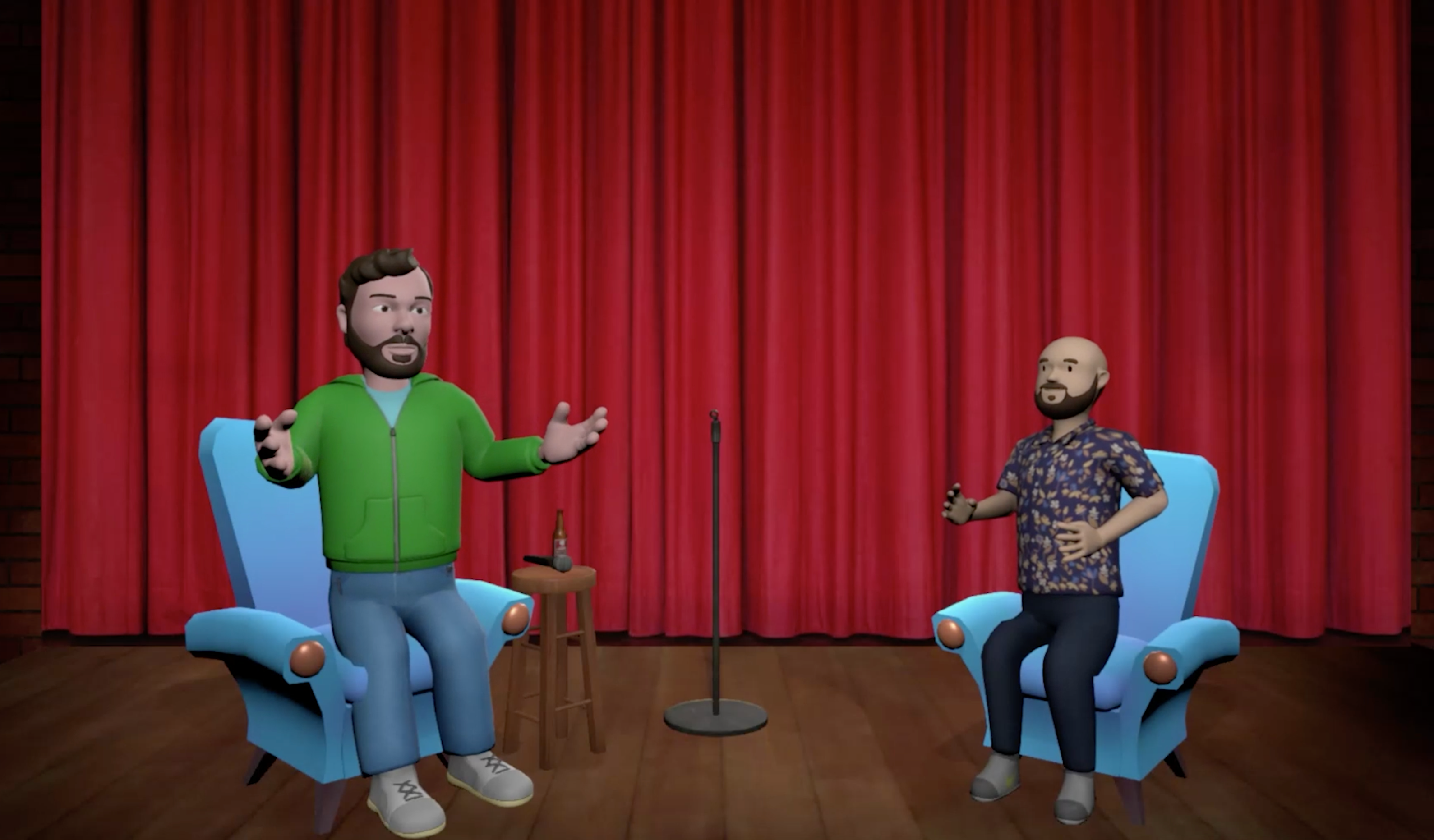 4. Are there any specific benefits to using Flipside for immersive performance compared to other VR tools? How has it made your life easier?

For Jordan, there are a lot of benefits that allow him to deliver a show for his clients that creates an elevated experience.

“The biggest thing that sets everything apart is the production value. I mean, there's so much that you can do as a single entity where, you know, if you wanted to film us a sketch and in Flipside, you could do it by yourself. You could record all the parts by yourself and have a motion capture recording of you doing one character, leaving a pause for a potential other line and step in is that person. You could do a full-blown production with a really quality end product by yourself.”

This is just the beginning for Jordan.

“I'm starting to see so many opportunities for the future of what this could be, and it's really an exciting time for me.”

“I can explain myself as a funny person much quicker with all of these tools. I get to pack more of a punch with all these tools, and that's why I love Flipside so much.” 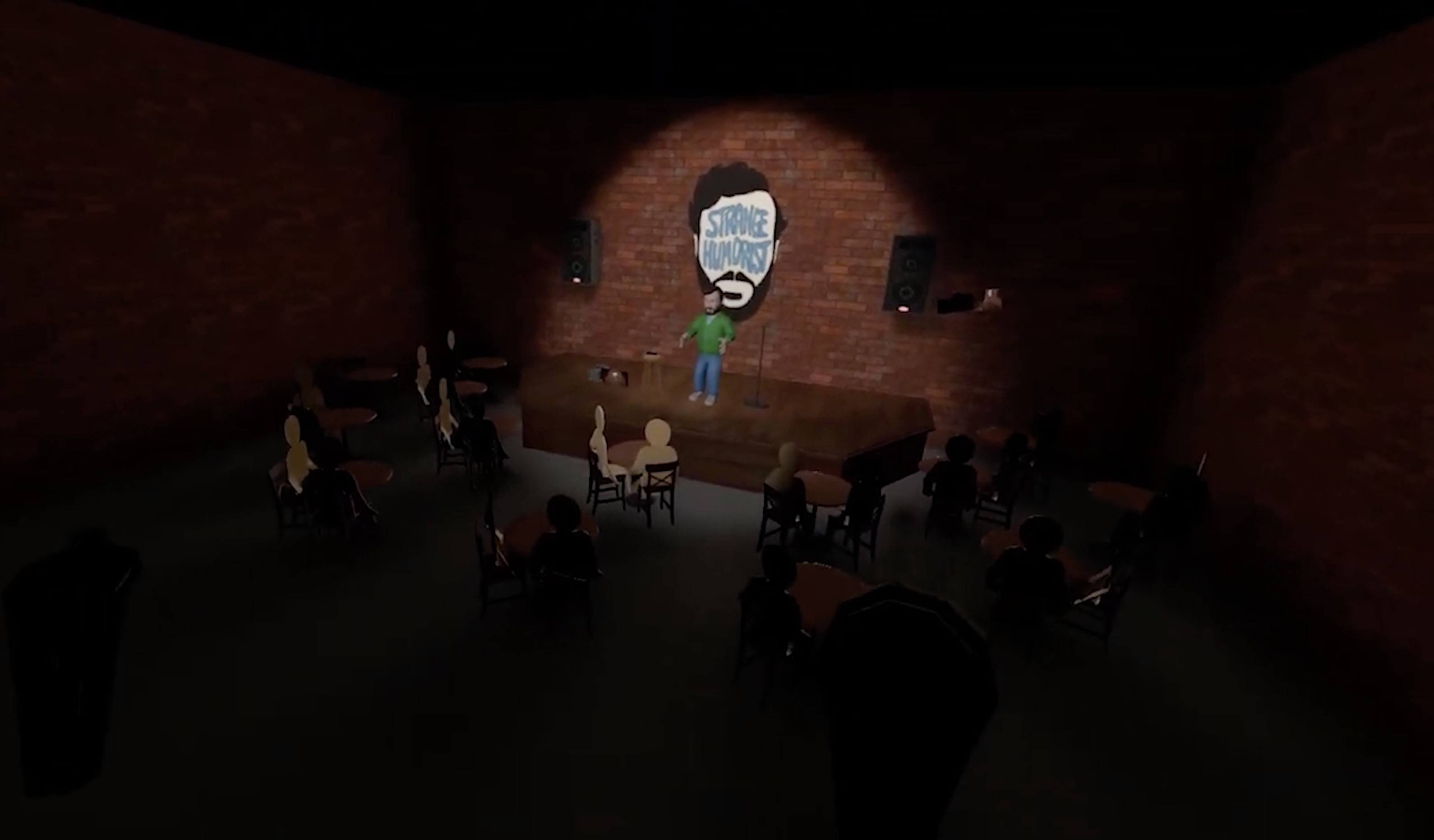 5. Tell me about the immersive performances you've done with Flipside.

While Jordan has a lot of experience utilizing Flipside XR tools for past productions including Earth From Up Here, he’s really found his niche utilizing Flipside Studio to create, host, and produce his interactive, virtual stand-up comedy shows. Offering his comedic services to corporate clients who are looking to engage their employees, Jordan delivers value to companies and joy to employees through his live streams, regardless of how spread-out a company’s workforce is.

For Jordan, his business is expanding and his needs are simple: