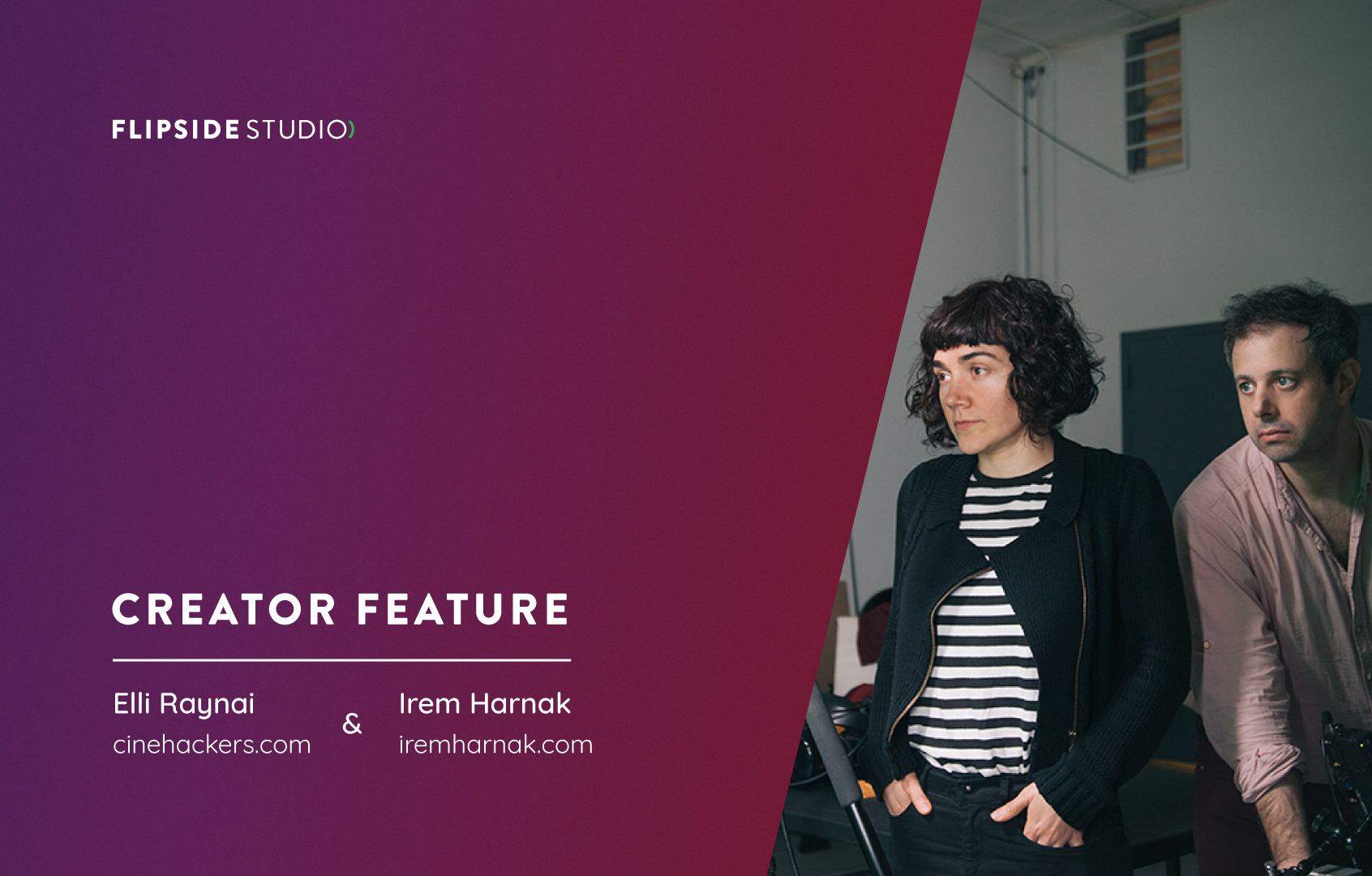 “People saw that video and they were like, this is amazing. This is entertaining. How did you do this? That's the reaction I got. So it really was a game-changer,” says Elli Raynai, co-creator of Nourish, a lens used for Snapchat’s most recent Lens Fest.

Elli discovered Flipside Studio after an assignment to create an educational piece on how to make a decision. As a creator, he wanted it to be fun, engaging and meet his creative standards. After a positive experience and amazing feedback, he jumped on the opportunity to use Flipside Studio again, this time creating a lens for Snapchat with his partner Irem Harnak.

We had a chat with the two Toronto-based creatives to talk about using mocap animation to create Nourish, overcoming challenges with new projects, and exploring how Flipside’s tools open up new possibilities. “We don't have to limit ourselves. It's really eye-opening, and it's really creative,” adds Irem Harnak, Nourish co-creator.

“I got into interaction design by creating a VR experience and interactive VR experiences in 2018. I worked on it together with Elli...It was a great experience,” says Irem.

With backgrounds in photography and filmmaking, Irem and Elli both have a passion for interactive projects.

“In 2014 I moved over into more interactive projects when I discovered VR, more specifically the Oculus Rift, and I decided to make a movie using that technology in particular,” says Elli. “It was a really, really successful project... From there, we kept making more and more VR projects.”

The duo worked together on interactive VR installation called Made This Way: Redefining Masculinity, a VR project born out of a photo series about masculinity and transgender men that premiered internationally at the 75th Venice International Film Festival in September 2018.

“From that, I started working on different mobile, web and XR projects,” Irem says.

Elli completed an AR residency at Snapchat, where the idea for Nourish, a lens to help people stay fit and motivated, sprouted. He teamed up with Irem once again to combine machine learning, motion capture, 3D and interaction design to help fulfill the vision for the lens, using Flipside Studio.

“When the opportunity came up for doing a lens at Snapchat through the AR residency, I thought, you know, can we use the tool again?” said Elli. “Would this be a great tool to use to get our animations working in Snap?”

Irem has used other motion capture tools in the past, but found them quite difficult.

In building Nourish, Irem created animations with motion capture where she had to figure out a way for characters to appear, stay there, and then exit the scene. Her biggest challenge was the learning curve in using Tween Manager in Lens Studio and attaching everything with behaviour scripts.

“Your team helped us by creating a Python script for Blender,” said Elli. “Once we had exported the motion capture data and applied it to the model, it was just a matter of exporting the fbx and then bringing it into Snap Lens Studio.”

Irem explained that due to time constraints, limits with the lockdown, and their limited animation experience, Flipside Studio solved a lot of their obstacles.

“I found Flipside was just so fast,” Irem said. “Even just to get in and then just capture it and then take the stuff out. Just to look at it was quite good compared to what I've seen before.”

Irem was tasked with 3D modeling the characters, but she wasn’t sure where to start.

“Since Elli already worked with Flipside, we were like, we should really do this because we can have our own custom animations,” says Irem.

They contacted Flipside and worked with our artist to go through the rigging process. Once they had their models, they created short animations for each character.

“We got really close and personal with the characters,” says Irem. ”So we tried to imagine how they would walk...Elli jumped into VR and I was kind of guiding him, directing him, telling him, OK, go this way, move that way. We captured really short clips and then we brought them into the software to see how it's reacting.”

It was important that each custom character had their own dance, fun movements and energy.

“Animation gives life to the characters, says Irem. “And we really did it just playing in this little room.”

“I think that the speed that you can prototype, how you can get ideas across with tools like Flipside are like night and day,” says Elli.

“It opens up possibilities for us. Even though we don't know how to do things, that doesn't stop us from doing things. But feeling like there is a tool that empowers us to go ahead, and whatever we think about, whatever characters we want to animate, we can animate,” says Elli. “The sky's the limit in terms of what kind of projects we can work on.”

Elli and Irem were able to create their project in their small home studio. Flipside Studio gave them an affordable option to create unique characters that they couldn’t have accomplished themselves.

“We wanted to put our own spin, our own style, our own imprint on these characters,” says Elli. “And we would have never been able to do that without Flipside.”

The two agreed that having to use very little equipment made things a lot easier for them.

“It made us feel very empowered that we could with very little equipment, you know, a headset and computer, we were able to do something that was impossible,” said Elli. “I think that's what was impressive with Flipside. You get speed, and you get quality at a fraction of the cost.”

Elli’s thought piece on how to make a decision can be found here.

Find out more about Elli and Irem.