Please note: This update is only available for those who are part of our multiplayer beta. If you're looking to collaborate on a show or just want some of the other goodies, sign up for the multiplayer beta here. We're working hard to quickly get these updates back into the general release branch so everyone can enjoy them, but that's still an update or two away.

Since we've spent more time doing larger productions, we discovered that a lot of time is wasted just waiting for a new take to upload to the cloud. When you have 5 people in VR, that wasted time adds up for everyone.

For that reason, we built a new background sync feature so that you're free to keep creating while your previous takes sync up quietly in the background. You can even continue to play them back, add roles, and star them too. It all syncs up in the end.

Today's update improves how thumbs sit in an idle state to make them feel more natural. We also fixed a bug that was overriding the spacing between fingers, so now you can adjust your finger spacing to feel more natural for your characters in your model's Avatar Mapping settings in Unity. 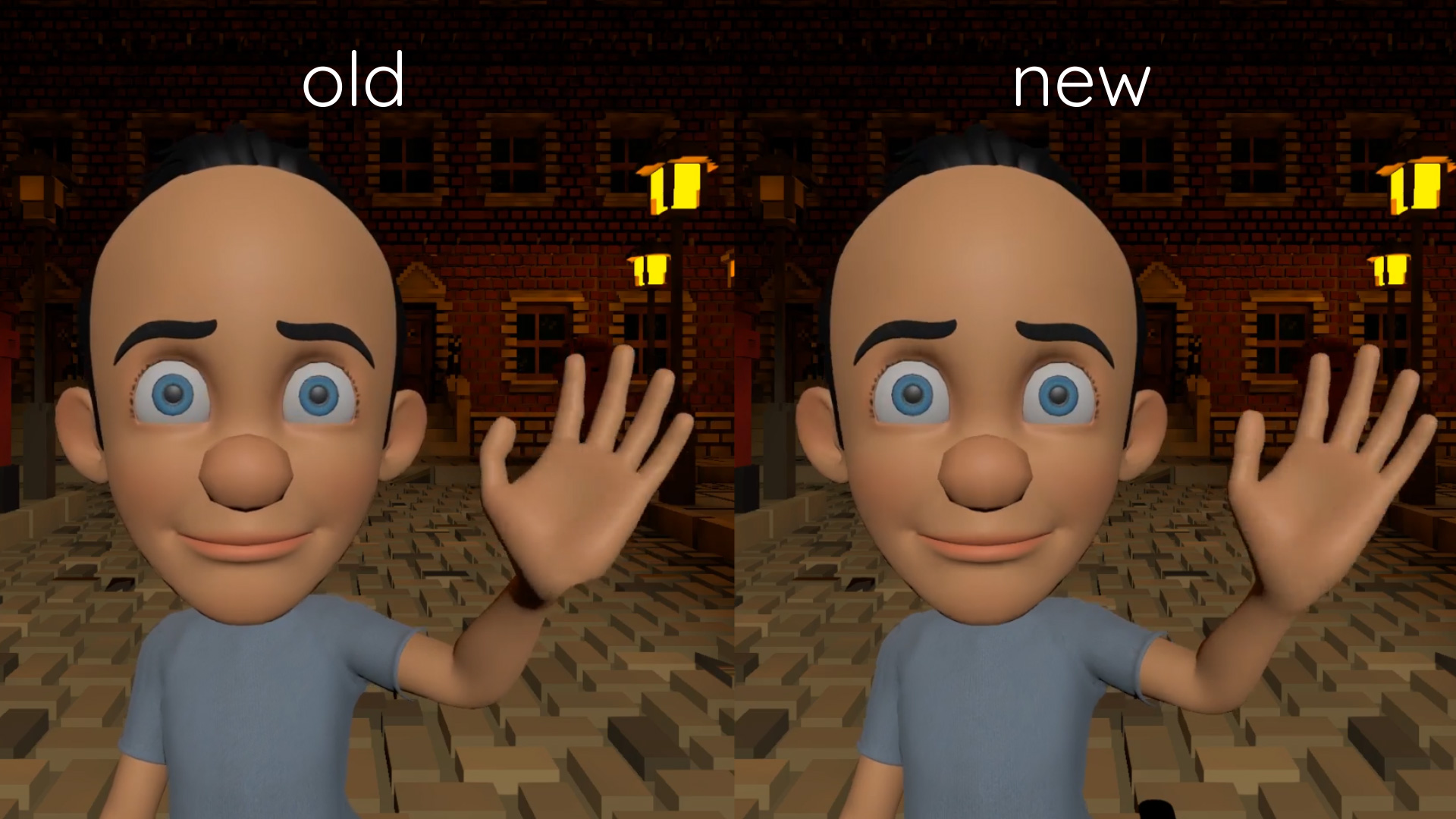 Note that this is one part in a series of improvements we're making around more natural hand movement and interactions.

We made a big improvement to our multiplayer back end that should improve reliability for those users who were previously having trouble connecting. Even if you can't connect directly via peer-to-peer, you should automatically be connected through our new low-latency global relay service.