Virtual Reality Will Disrupt the Stage

I often hear how VR will enable us to fly around virtual worlds, explore vast virtual spaces, and bring a new reality into the lives of its users. This is somewhat true already, however, VR really can’t achieve all these promises without some locomotion trickery.

Locomotion is the technical term used when explaining how users move around in virtual reality. When you use desktop VR like the HTC Vive you can walk around the tracking volume that was mapped out when you setup the Vive. The blue dotted lines below represent the tracked space you can move around in. 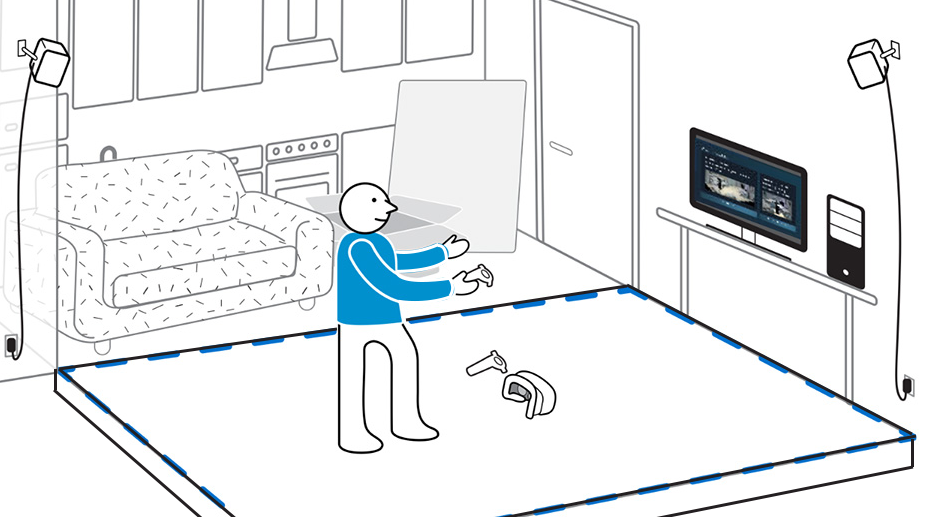 For every step you take in the real world, you take one step in the virtual world. In order to fly, or explore vast worlds, you need to use locomotion techniques that make you feel like you are traveling beyond the tracking volume. For some people, like me, that can feel uncomfortable. But we haven’t explored the limits of the tracked space yet. How much can we achieve in VR without resorting to locomotion tricks?

The tracking volume as a stage

Rather than flying around and exploring vast new virtual worlds, what happens if you think of the tracking volume as a virtual stage? If you see VR from this perspective the opportunities for creators are endless. It is possible to turn every tracking volume in the world into a performance space. This is a complete game changer.

When new technologies are introduced there are winners and losers. Blogging changed the landscape of the newspaper industry forever and virtual reality will disrupt the stage. 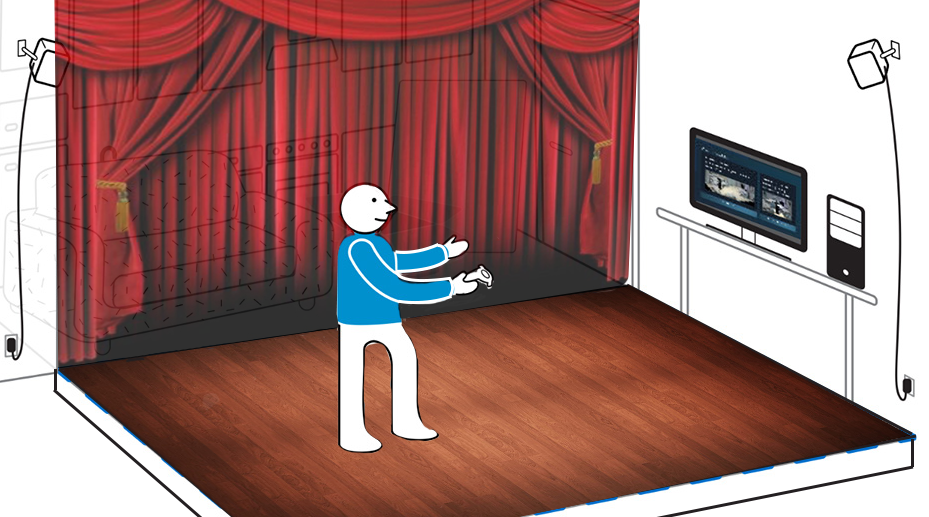 The stage plays a huge role in the entertainment industry. Concerts, theatrical plays, musicals, live TV shows, sitcoms, and of course dance all use a stage, on which the show occurs. It’s big business with large viewership.

Who is doing this right now?

Will Smith, not that Will Smith, co-founded tested.com and started Foo Show. He is creating talk shows in VR and launched the initial episode of the Foo Show in early 2016 and he making more.

If you’ve read Ready Player One you will recognize the name Gunter. The team at Gunter’s Universe have been producing a VR talk show since 2014. They have interviewed over 50 leaders in the VR industry.

Philip Rosendale, co-founder of High Fidelity, and former CEO of Second Life has brought his open world vision to VR. High Fidelity is an open source platform that allows developers to craft new worlds and places, including VR talk shows and virtual performances.

AltSpace is a social VR platform. They hold the record for the most number concurrent viewers watching a live show in virtual reality. They were also one of the first to bring celebrity entertainers into VR.

Virtual reality is still in its infancy. The only people who use it regularly are innovators and early adopters. 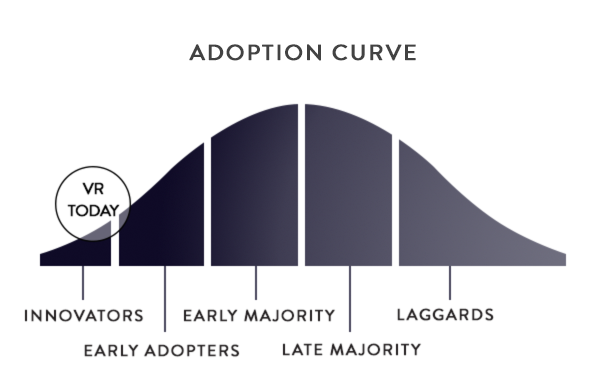 There are two challenges holding back mass adoption. The hardware needs to come down in price and VR needs more content. Seeing the tracking volume as a stage and empowering creators to make more content will help solve the content problem. We will have to wait on the hardware manufacturers to make the hardware more affordable, but fear not, it’s happening. Our future will be filled with amazing, captivating, and engaging VR performances on virtual stages.