This update focuses on usability improvements and bug fixes, making Flipside feel a little better all around.

Pressing the menu button (above the thumbpad on Vive, left controller menu button on Rift) now hides the palette menu, or if it's already hidden recalls it to your hand. If a recording is in progress, it continues to stop the recording as well before recalling the menu.

This should also help a few edge cases where users have experienced the palette menu disappearing. Pressing the menu button ought to recall it if it ever disappears.

Camera moves can now be controlled with two new settings: Camera Movement Speed, and Camera Easing. Movement speed determines how fast the camera moves between positions, and easing lets you choose whether the moves are linear or use one of a couple dozen easing options. 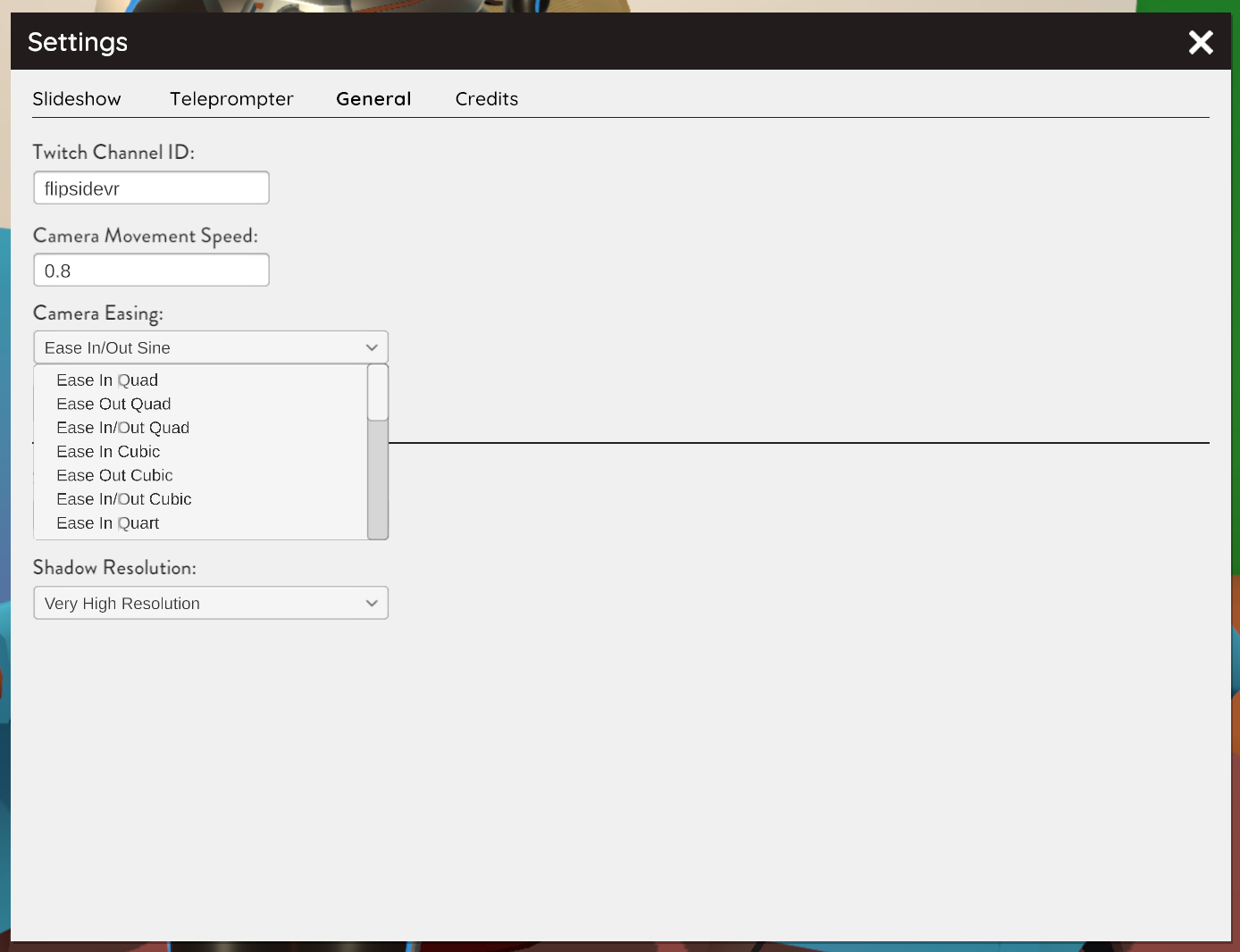 In addition, all cameras can now be grabbed and moved around, including using the thumbpad to zoom in and out, not just the handheld camera. To activate a camera position, grab it and press the trigger if it's not active.

Flipside already imported cameras embedded in your sets into Flipside's camera system, but now we've added the flexibility of Unity's new Cinemachine camera system as well. Any Cinemachine virtual cameras also become camera positions in Flipside, complete with all the capabilities that Cinemachine has introduced in Unity. 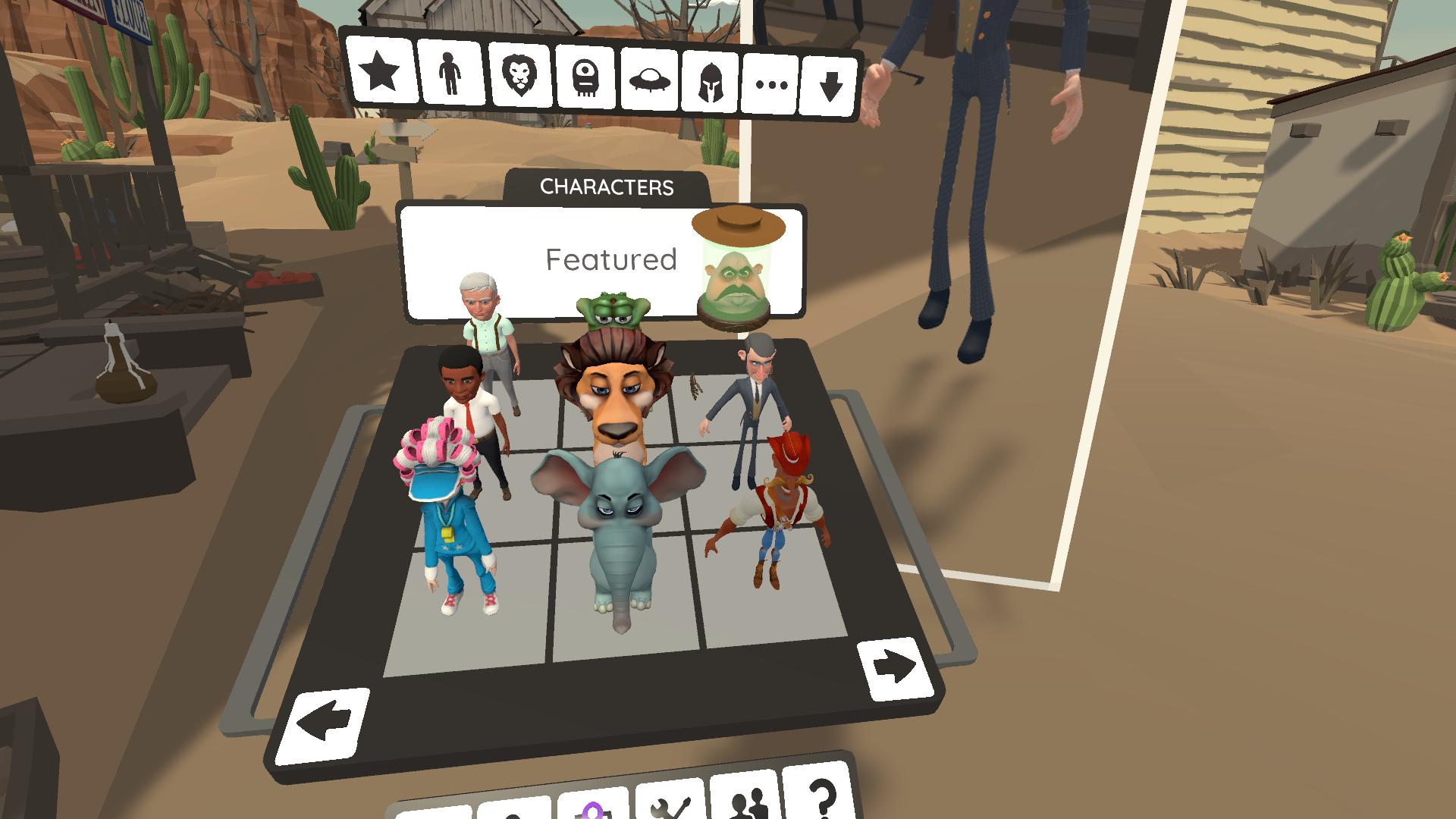 We don't see the Featured category as just about showing the "best" but rather about showing what's possible, so we're always looking for characters and sets that add something new or make a great example of a particular feature.

We hope you enjoy this update, and stay tuned because we have more updates already in the works!