We're excited to share our second big update to the Flipside Alpha! Existing users should see the latest version automatically updated on Steam or Oculus Home.

This update features too many little improvements to name them all, but here are the highlights:

We spent a lot of time designing an in-app tutorial system to help new users get started and to make sure existing users have a clear overview of Flipside's controls and interface. 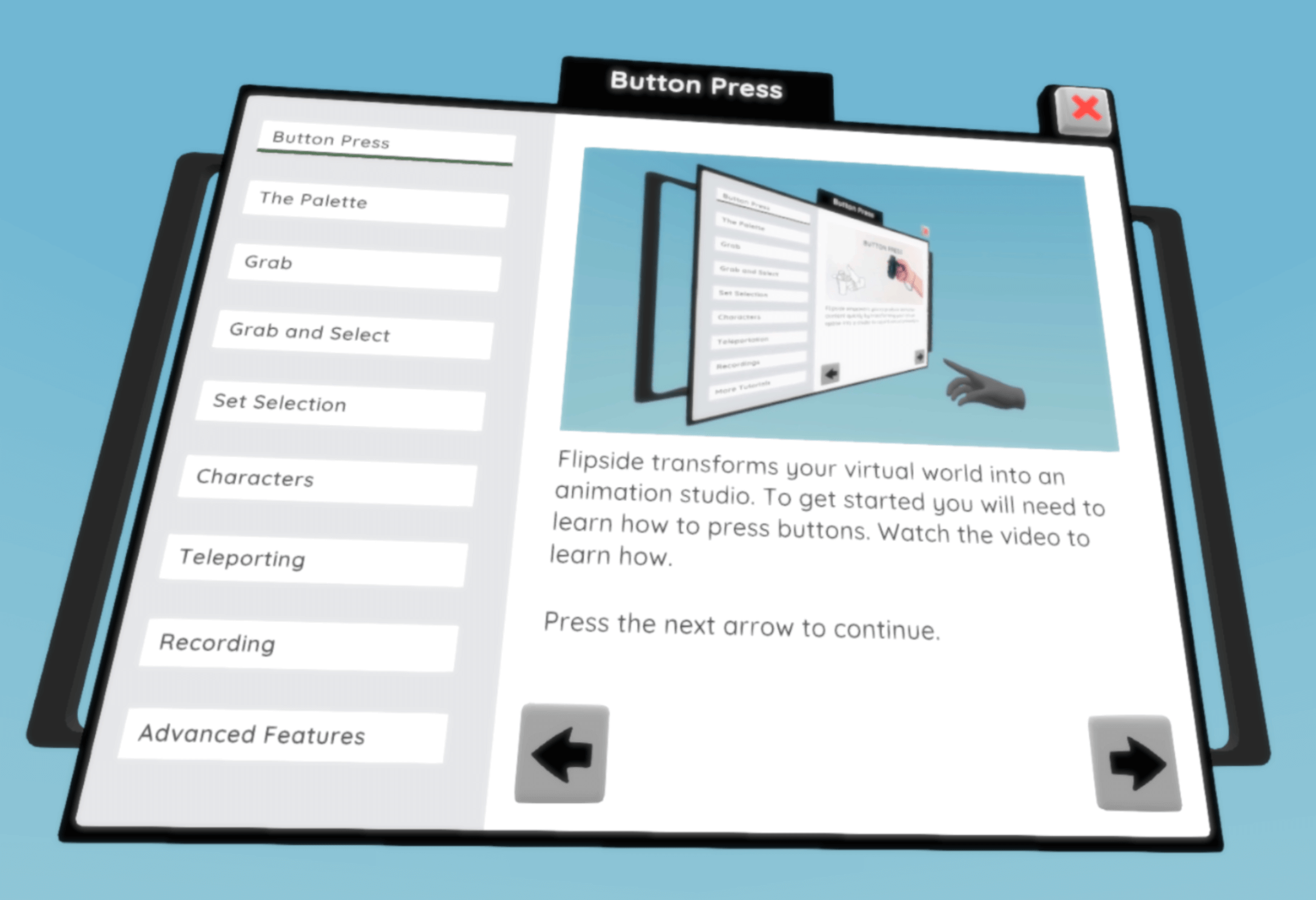 A performance optimization we made in the last update caused audio playback to be off by a small but noticeable amount. We're happy to say this is now completely fixed.

When you have lots of green on a set or in your characters, it can be hard to key them out correctly using a green screen. We added a blue screen option to the skies so you now have a choice of green or blue for keying out your backgrounds. 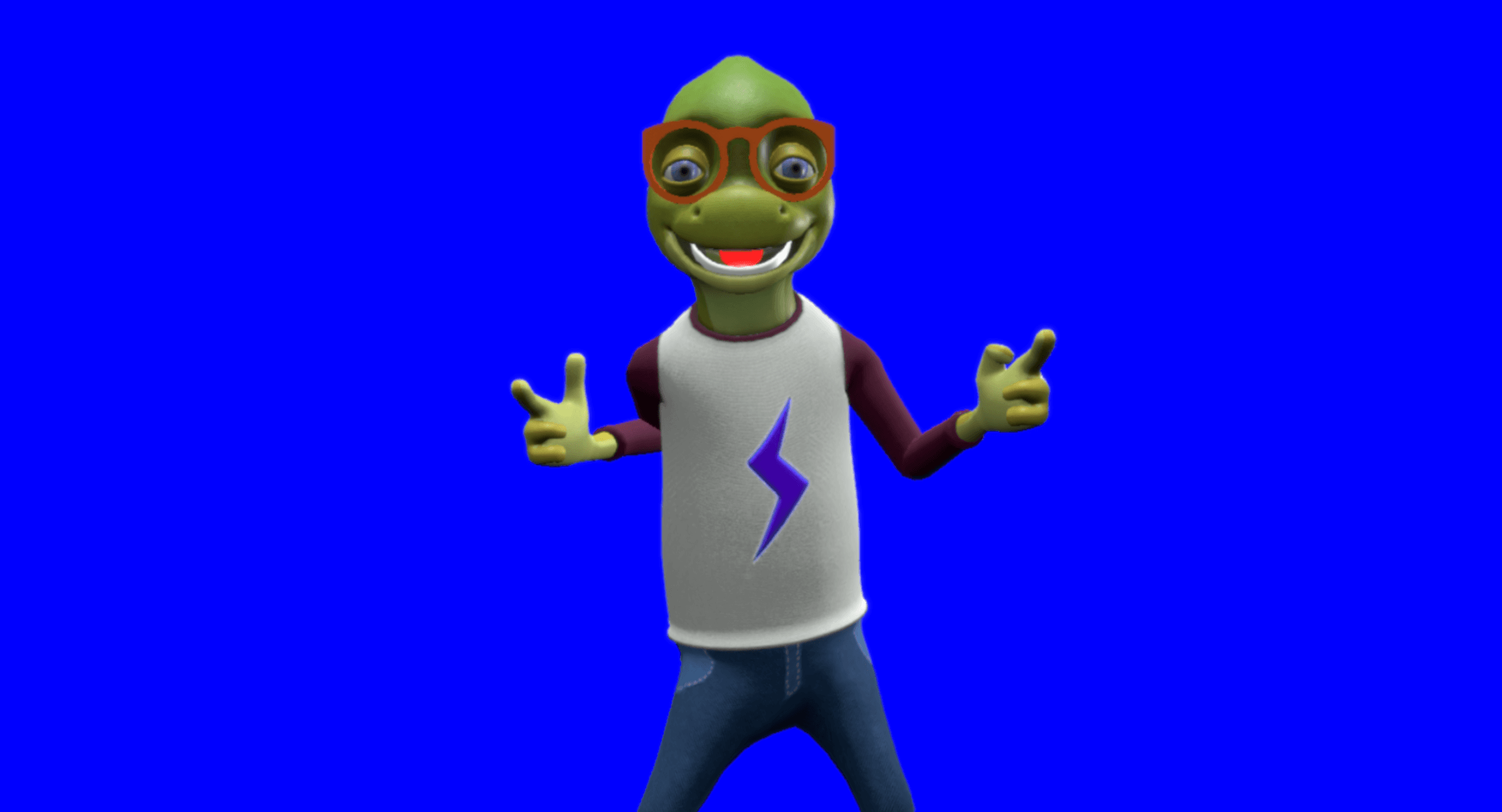 Dropbox links are now automatically converted to the direct photo or video link, so you can paste Dropbox links into the slideshow and everything will just work.

We completely redesigned your hands so it's easier to press the right button and interact with objects. 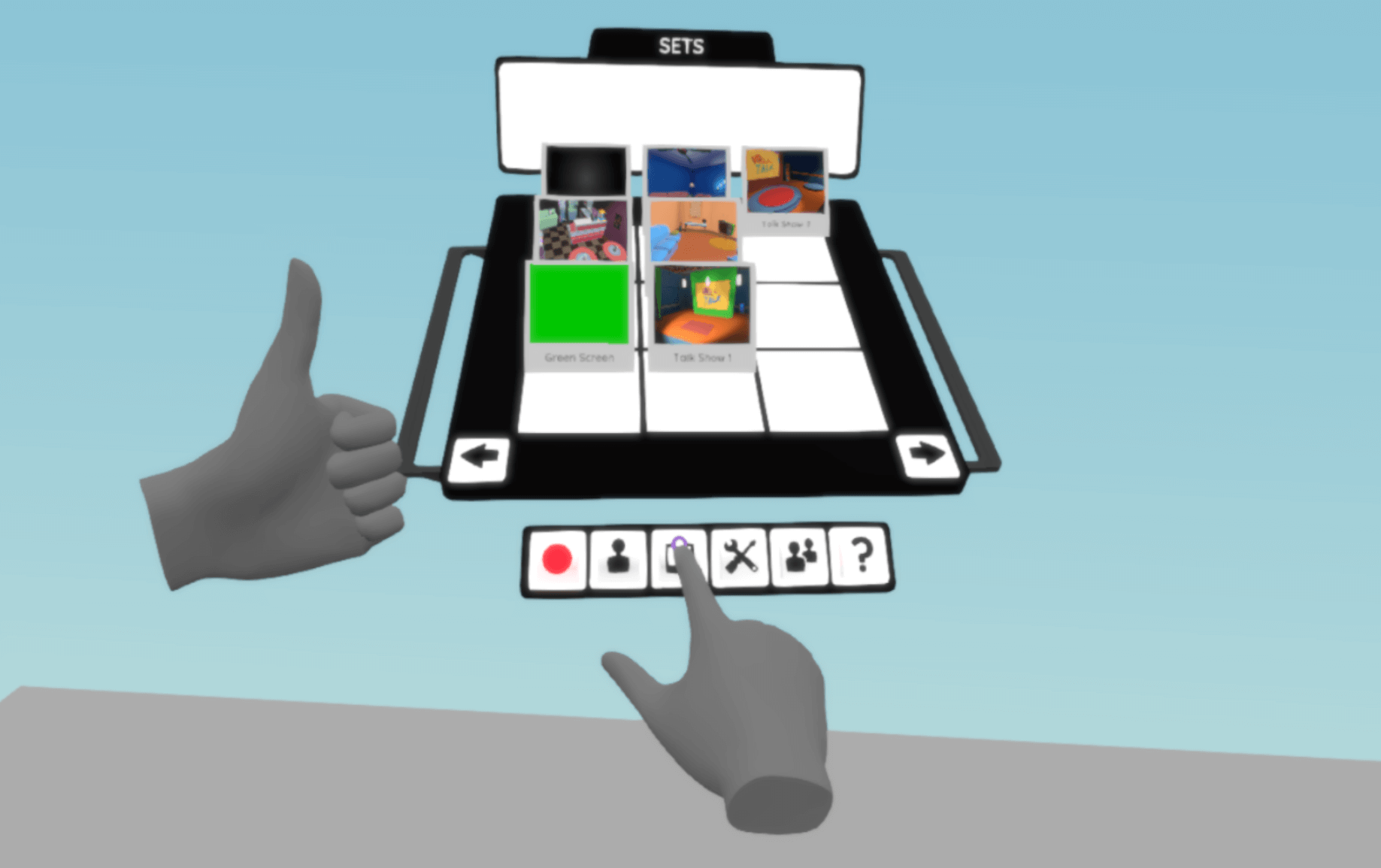 Many bug fixes and improvements